As a country rich with human antiquity and with natural beauty, there is something for everybody in Indonesia.

This country of almost 20,000 islands has six religions – Islam, Buddhism, Hinduism, Protestantism, Catholicism, and Confucianism – and its people speak over 700 languages! Such diversity produces much to see, and choosing from major landmarks in Indonesia can be difficult.

So, to help you plan, we have fashioned this list!

Here are the most famous landmarks in Indonesia, guaranteed to help any traveler find what they are looking for in Indonesia.

We would have been remiss not to include the world’s largest Buddhist temple. Java has much to offer in the way of ancient sites and archaeological gems, but Borobudur is the crown jewel of Indonesia’s most populous island.

Located in central Java in the Magelang region, this UNESCO-protected site offers its viewers a window into Indonesia’s ancient past, to a time when Java’s kings were Buddhist and commissioned massive temples to Buddha to inspire the people to lead humble yet happy lives.

This massive temple complex can inspire its visitors to do the same. Walking among the stones, stupas, and statues of the Buddha, and overlooking Indonesia’s fog-coated mountains, you feel in touch with the enduring spirit of this temple that has been around for nearly 1200 years.

To add to this temple’s attraction, two of Indonesia’s spectacular natural landmarks, Mount Merapi and Mount Merbabu are visible from the heights of its stupas.

Bali offers a completely different look at Indonesia than Java, as the Tanah Lot Temple shows.

While the landmarks in Java show off the history of the country’s storied Buddhist kingdoms, Bali is the sole remaining refuge of Hinduism in the country, a Hinduism that is blended with native Balinese elements and mythology To create something uniquely Balinese.

Tanah Lot temple’s cultural and religious outlook  you cannot find elsewhere on the planet and it’s on full display. Founded by a Hindu holy man, the temple commemorates one of the Balinese sea gods, and a giant snake supposedly guards it against evil spirits underwater.

To get there, get to Tabanan and take a boat out to the temple, which sits on a large offshore rock formation.

Then, once out of the boat, you can walk up to its ornate gate adorned with beautiful sculptures and if you are lucky enough to go at sunset, you can take incredible photographs of the startlingly blue sea.

While Prambanan is also a Hindu temple compound, it is located somewhere other than Bali: Yogyakarta, in Java. Yogyakarta has peculiarities that make it a fascinating city and region to visit, such as the Sultan’s palace, the only one of its kind in Indonesia. But most visitors come for this massive 9th-century Hindu temple, which is second only to Angkor Wat in size for Hindu sites.

There are over 200 temple structures within the compound, all built from the same impressive gray stone and all standing in mute witness to the majesty of the Indonesian classical age.

Wandering among the ruins of smaller temple structures is just the initial delight of entering the gigantic compound. Many of Prambanan’s temples have stayed intact for over 1000 years, offering visitors another glimpse of the past and how people in ancient Indonesia lived.

Unfortunately, time, weather, and colonial looting damaged some structures within the complex but there is good news for those who want to see the compound’s most important sites of worship: most of the complex’s temples have been reconstructed or restored. Thus, visitors can go inside the structures and witness the wonder of their sculpted interiors.

Stepping under the looming spires of the temples, one can see statues of the different deities of Hinduism and appreciate the impressive reliefs that characterize classical Indonesian art.

Ulun Danu brings us back to Bali and back to another water deity revered in Balinese Hinduism. This temple, with its iconic pagoda, stands built on the waters of lake Beratan, located in the beautiful but rugged Balinese highlands of Bedugul. As a “floating temple” it is particularly scenic, offering a chance to view the lake and surrounding mountains from a unique perspective.

Just as with Borobudur and Prambanan, Ulun Danu is not just one temple. Four buildings compose this complex on the lake, with each dedicated to a specific deity.

Stepping past the Balinese gate, an example of this island’s architecture, you can find the temples dedicated to Shiva, Brahma, and Vishnu, but also find a temple dedicated to Dewi Danu, the lake’s goddess.

And good news for travelers – this beautiful, famous landmark is easily accessible by road.

Ubud is often regarded as the most authentic region of Bali, where you can truly get a taste, smell, and touch of Balinese food, nature, and culture. And one of its unique cultural delights is this fascinating nature sanctuary that blends Indonesia’s cultural wonder with its natural wonder.

The forest contains three spectacular Hindu temples from the 14th century, making this site a pleasant stop for history buffs or spiritual visitors.

But for nature lovers, the Ubud monkey forest is a must-see. The temples demonstrate the importance of nature in Hinduism, as monkeys appear as a motif in the sculptures and reliefs. Beyond the temples, the forest is home to over 100 different species of trees, houses over 1000 monkeys, many of which are Balinese long-tailed macaques, and many other species of plants.

Komodo National Park, though it may be harder to get to, had to make the list because nowhere else in the world can you see Komodo dragons in the wild. This UNESCO world heritage site, one of the seven natural wonders of the world, is located in the Sunda Islands on the borders of East and West Nusa Tenggara.

Visitors can hop around the parks’ dozens of islands, hike among gorgeous dense forests, and even see the island that gives Komodo dragons their name.

While visiting this national park, visitors can also utilize its ideal location to go scuba diving and witness the brimming diversity of the seas in the Coral triangle.

This temple, known to the Balinese locals as Pura Luhur Uluwatu, is one of the most famous places in Indonesia for a reason. This temple looms about 70 meters, or about 200 feet, above sea level, placing it perfectly for incredible vistas of the sea and the Balinese coast.

The temple itself dates from the 10th century, giving it an aged, refined atmosphere, and its sacred history is particularly eventful.

Consecrated by a holy man of the Majapahit empire then made even holier by becoming the final worshiping site of a traveling Hindu priest, Uluwatu is a particularly sacred site of Balinese Hinduism. Its legends even hold that the traveling priest ascended to heaven through a lightning strike on the very rock the temple stands on.

The only problem with this Indonesian landmark is that it is difficult to reach. But if you wish to see it – you can book a tour that takes you there from the Balinese capital, Denpasar.

No visit to Indonesia or the ring of fire would be complete without a visit to one of the country’s active volcanoes or solitude in its spectacular natural scenery. Mount Batur is located in Bali and while it is famous, it is more work to access, which bodes well for those who want to get off the beaten path.

Though this volcano most recently erupted in 2000, its caldera is perfectly safe to visit. Its lake, however, is in danger because of heavy sediment build-up. The potential disappearance of this beautiful body of water may make this visit more urgent for some visitors.

Hiking in the area, you will come face-to-face with Indonesia’s lush, unfathomable green forests and its looming, majestic mountains. Even better – you can experience it all away from the hustle and bustle of tourists and enjoy peace.

While it is last on this list, that does not mean Merdeka square is any less impressive than the other landmarks in Indonesia. Merdeka means independence in Indonesian, and this square certainly stands on its own when it comes to size. Merdeka Square is an impressive 75 hectares, making it one of the largest in the world.

Located in Jakarta, Java, the bustling capital of the entire country, Merdeka square is at the heart of both Indonesian public and political life – and a visit gives you the chance to see an interesting, sprawling, and historically rich city.

We hope you enjoyed this rundown of Indonesia’s most famous landmarks and hope we inspired some wanderlust for this gorgeous, fascinating land.

Though it may be far off and some of the sites may be hard to get to, we promise these indonesian landmarks are worth it. If you visit these famous sites, you will gain opportunities to try some of the world’s most flavorful food, see some of humanity’s most outstanding achievements, and immerse yourself in a culture of friendly, hospitable people. 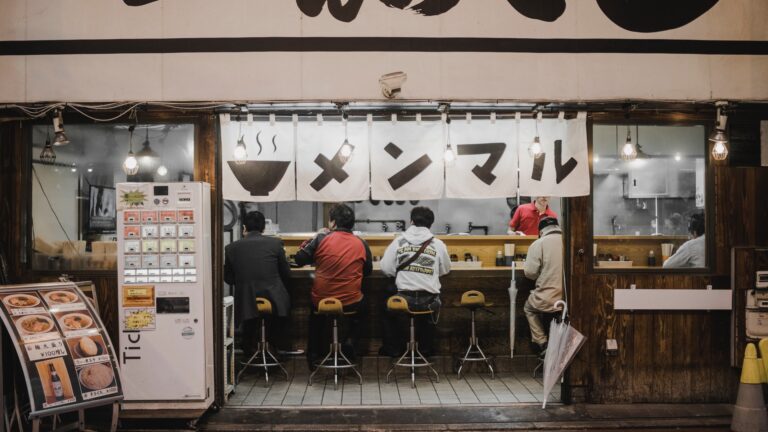 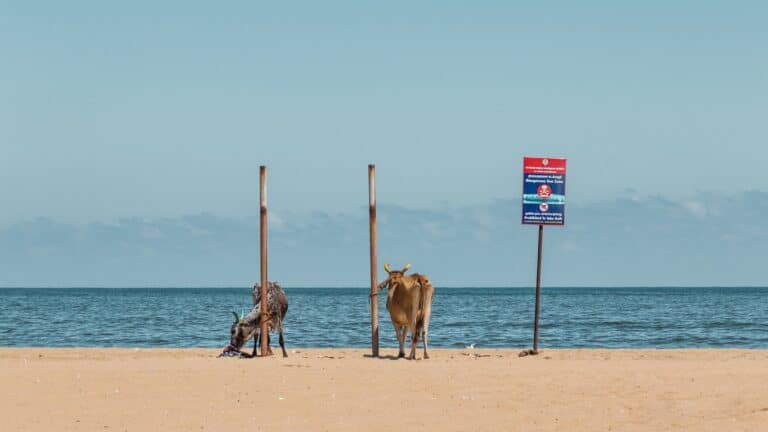 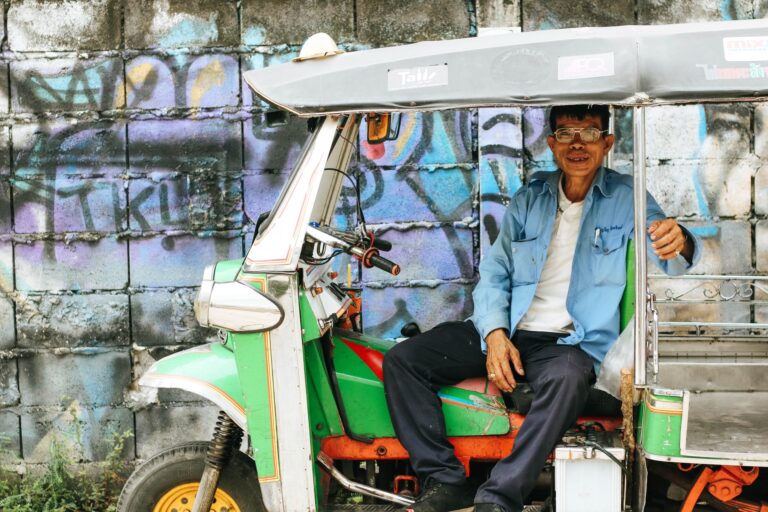