El Salvador is a Central American country with a rich culture Mesoamerican culture. In recent years, El Salvador has experienced several violent conflicts; a result of the country’s long history of destabilization that began with Spanish Imperialism in the 16th century.

The country’s rich and complicated history is reflected in its historic and natural landmarks that capture the beauty of Salvadorian culture.

Looking for more famous landmarks around the world? Check out all of our articles, or start with these most popular posts:

Monument to the Divine Savior of the World

Architect José María Barahona Villaseñor built The Monument to the Divine Savior of the World in 1942. The monument is a dedication to El Salvador’s predominantly Christian population.

Villaseñor’s monument features a concrete pedestal that supports a rendition of Christ atop the Earth. The monument’s central location in El Salvador’s capital city of San Salvador makes it a popular stop for tourists and locals who appreciate architecture.

The National Cathedral sits proudly in the center of San Salvador’s historic district, simultaneously celebrating the religious culture of El Salvador and its colonial history.

In addition to its religious significance, The National Cathedral is an important historic landmark. Several political events have occurred at the Cathedral, most notably the signing of the Chapultepec Peace Accords that ended the Salvadoran Civil War.

The National Palace of El Salvador

The old National Palace of El Salvador was constructed in 1870 and served as the Salvadorian government’s administrative offices. In 1886, a fire destroyed the old palace. Today, a new palace done in the style of Roman architecture sits imposingly on the site of the former palace in the Historic District of El Salvador.

The neoclassical National Palace of El Salvador was completed in 1911 and used as government offices until 1974 when the building was designated a national landmark. The palace is a notable landmark because it is visually stunning and reflects how European culture has shaped El Salvador’s trajectory as a country.

The Cathedral of Santa Ana

Located in the northwestern corner of El Salvador is The Cathedral of Santa Ana, a neo-gothic catholic church. El Salvador’s capital, San Salvador, is the primary destination for tourists interested in learning about Salvadorian culture, but there is more to the nation than its capital.

The Cathedral of Santa Ana was commissioned in the late 16th century during the height of Spanish colonialism in El Salvador. The unique gothic execution of the Cathedral starkly contrasts the colonial-style churches typically commissioned by the Roman Catholic Church during colonization.

Set against the lush flora of El Salvador, the Cathedral of Santa Ana is a breathtaking architectural display worth visiting.

Most churches in San Salvador are done in a traditional European colonial or Roman Catholic style, but not El Rosario Church. El Rosario Church is done in a modern, abstract style with a demure facade and a brilliantly decorated interior.

Aside from its radically modern execution, El Rosario Church is also notable for its clever incorporation of traditional religious imagery into modern architectural styles.

Located near the Santa Ana municipality of El Salvador is Coatepeque Lake, a caldera formed between 72,000 and 57,000 years ago.

Coatepeque Lake is ten square miles of crystal water edged by the lush tropical flora of El Salvador. Because of its volcanic nature, Coatepeque lake is bordered by Several natural hot springs.

Coatepeque Lake is also home to Teopan, a culturally significant historical site of the Mayan people, an indigenous group who inhabited El Salvador before Spanish colonialism.

Located in Cerro Verde National Park, Izalco is one of the most popular hikes in El Salvador, which is surprising given the volcano’s active nature. Izalco was active from 1770 to 1958 and though currently dormant, may erupt again.

Izalco is also a national symbol, perhaps because its fiery nature symbolizes the proud character of Salvadorian culture.

Also known as the Santa Ana Volcano, Llamatepec is the tallest volcano in El Salvador, reaching a height of 7,812 ft. Llamatepec was formed Pleistocene era.

El Salvador is a country with a troubled history.

Spanish colonization in the 16th century and beyond leveled much of the rich Lenca and Olmec culture that characterized the country for hundreds of years.

In the 20th century, the Cold War led to a series of proxy wars in Central America that destabilized Several countries including El Salvador. Today El Salvador’s tumultuous history has left it vulnerable to corruption and violence.

Still, despite its precarious political and economic climate, El Salvador remains a country that can offer valuable insight into the nature of colonialism and the consequences of foreign interference.

People interested in delving deeper into the unique character of El Salvador may consider visiting one of El Salvador’s important plazas.

Plaza Libertad is the historic origin of El Salvador’s capital city San Salvador. As San Salvador developed into a bustling metropolis, Plaza Libertad evolved from a simple settlement into a major political, cultural, and religious center.

The Plaza Libertad is the location of several other important landmarks, including El Rosario Church and the National Palace.

These include the assassination attempt on President Manuel Araujo, the celebration of the end of the Civil War, and the inauguration of El Salvador’s current political leader Nayib Bukele.

El Salvador is mostly known for its gorgeous beaches, secret surf spots, and rugged mountains. But all across this country are important landmarks waiting to be discovered in your travels.

Famous landmarks in El Salvador include places of historical importance, parks, churches, towns, monuments, and buildings. It’s a great country, and well worth stopping by some of these places in our list to get a true feel for this country’s culture and history. 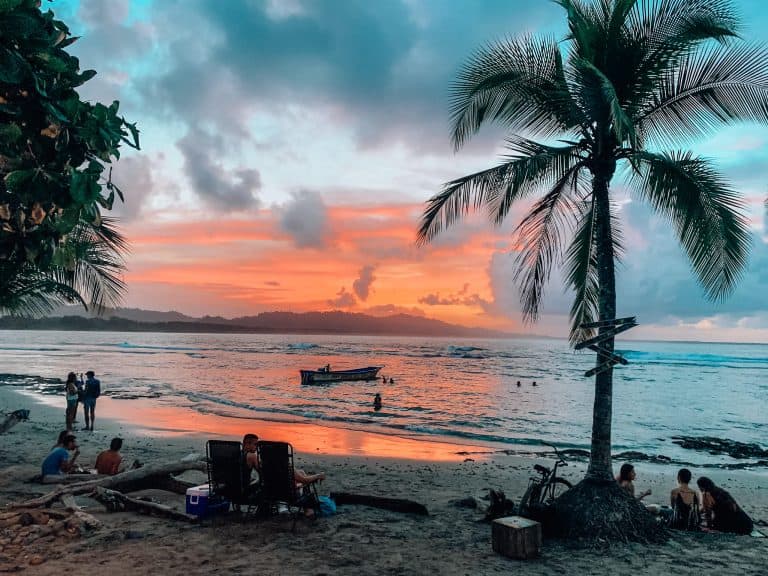