If you spend any amount of time in digital nomad forums, you’ll notice frequent questions from people in their 20s and 30s along the lines of “is too late for me to be a digital nomad?” – and the responses are awesome.

People in their 60s right through to their 80s are having the time of their lives traveling around the world, staying in hostels, and having a fantastic time. They’re often working as well. Other people mention that their parents only stopped traveling in their 90s because of health issues. It definitely beats signing off from the outside world and going to live in a rest home.

Social media puts a huge slant on nomad life as something that’s only for the young, fit, remote workers of the world. But that isn’t the case at all.

I don’t talk much about the start of my nomad life, but the fact is that I was 40 when I sold down all my possessions and made the leap. And no, I don’t feel it was a mid-life crisis (I’d already bought the muscle car and motorcycle to get that out of my system!).

It was more a feeling of becoming increasingly more jaded by doing the same thing every day. Eating the same food. Talking about the same things. Buying more stuff to try and fill some emotional gap. But stuff and things weren’t going to fix my deeper problems – so I decided to sell them and see what happened.

Check out my podcast interview with Anne Claessen of Digital Nomad Stories to follow my journey from paralegal, to boutique owner, to backpacker, to copywriter, to full-time nomad here:

Rachael Pilcher is a digital nomad and professional freelance copywriter for tech and SaaS companies. She’s worked with some of the world’s best software brands, but it wasn’t always this way.

In 2015, she made the life-altering decision to sell everything she owned and go travelling. She sold her fashion retail business, her car, her motorbike, and pretty much everything else. Her life now fits neatly into a 60 litre backpack.

Rachael has been on the road since 2016 – starting and growing her copywriting business from zero to where it is now.

In this episode, we talk about Rachael’s first destination on her long term trip, how she runs her business on the road and her future plans.

The amazing thing about Rachael is that she started all of this in her forties! So if you’re thinking it’s too late to switch your life around; it’s not, look at Rachael! 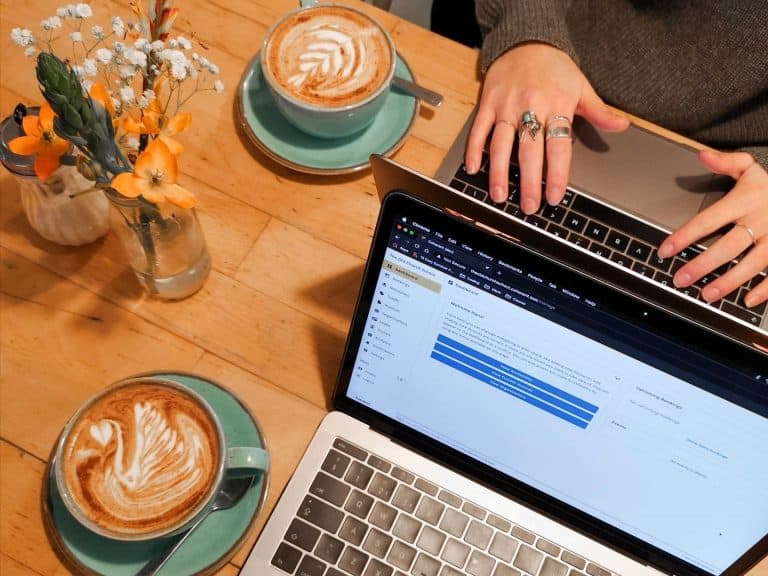