If you travel to Hawaii in the winter months, you might be wondering – does it snow in Hawaii? The surprising answer is yes – it does snow here! You’ll even be able to go skiing and snowboarding if you’re in the right place at the right time.

Two to three feet of snow isn’t that much for many Americans in the continental United States. In a tropical Hawaiian paradise, however, you don’t expect to need snow shovels and mittens, even in January.

But in January 2021, skiers and snowboarders on Mauna Kea had their dreams come true when mother nature dumped two to three feet of snow across the volcano’s summit.

The US’s Aloha State is usually a warm, sunny paradise, but how much does it snow in Hawaii?

In a land of sunshine, it’s surprising to learn that in Hilo, Hawaii, residents keep an umbrella close. Hilo’s annual rainfall is more than 130″. Kauai’s Mount. Waialeale boasts a soggy 460″ of rain per year, making it the second wettest place in the world. While Mt. Waialeale residents are grabbing raincoats, the neighboring city of Kekaha gets an average of fewer than 20 inches of rain each year.

The wet season occurs between December and February, in the middle of winter in Hawaii.

In a state where the only seasons are summer and winter, and the lowest winter temperatures average 78°, you might be surprised to learn that snow is not unheard of in the most elevated areas of the islands.

In January 2021, Mauna Loa, Mauna Kea, and Mount Haleakalā were affected by a significant snow event, but it’s not the first time. In 1938, Mount Haleakalā saw a six-inch blanket of snow, and in 2016 Mauna Kea and its surrounding area were covered in two feet of snow.

While Hawaii’s snow doesn’t usually fall in elevations lower than 9000 feet, Polipoli State Park, with a height of only 6,200 feet, was covered in snow in February 2019.

How does it snow in Hawaii when it’s so hot at the beach? Most snow events in Hawaii are possible because of a weather phenomenon known as a Kona low, also called a Kona storm.

Hawaii’s wind usually blows from the northeast, with the west protected by the mountains, but these winter cyclones blow from the south. The direction of the Kona low means that the storm soaks up the warm waters around Hawaii and dumps them across the western sides of the islands.

Kona lows are responsible for dropping massive amounts of rain, heavy winds, and damaging surf on the islands. Kona lows will dump significant snow in higher altitudes such as the Mauna Loa, Mauna Kea, and Mount Haleakalā peaks. Winds during a Kona low can be as high as 110mph across these summits.

Hawaii gets an average of two or three Kona lows per year. If you’re on vacation and happen to catch the aftermath of one of these storms, you may be treated to snow on higher elevations- if you’re able to access those high peaks!

The two tallest mountains on the Big Island are Mauna Kea, soaring into the Hawaiian sky at 13,800′, and Mauna Loa, standing tall at just under 13,700 feet. These two mountains regularly receive snowfall on their summits.

High altitudes cause dramatic decreases in temperatures. Mauna Kea frequently sees nightly temperatures of less than 28° Fahrenheit (a chilly -2.2° Celsius). Because of these low temps and winter storm precipitation, blizzard conditions with gusty winds are possible on these mountain peaks even during the summer months. Snow melts within a few days because of the constant warm sun.

The East Maui volcano, Haleakalā, stands as the third-highest mountain in Hawaii, with an elevation of 10,000 feet. Although Haleakalā is no stranger to snowfalls, it’s less likely to receive yearly significant snow events.

Mauna Loa, translated as “Long Mountain,” is the second-largest mountain in Hawaii. It is the largest active volcano on Earth, with a dome 64 miles wide and 75 miles long. Snow on Mauna Loa is seldom more than a dusting, and the active status of the volcano means the snow melts within a few days.

Getting to the summit can be challenging because Mauna Loa doesn’t have an easily accessible road system. The snow covers a rocky and unwelcoming surface, making skiing on Mauna Loa difficult.

For snowboarding and skiing enthusiasts, Mauna Kea is a better choice than Mauna Loa.

Mauna Kea, or “White Mountain,” is a friendlier, far more accessible skiing destination than Mauna Loa. The mountain features nearly 3000 acres of skiing fun but no resort amenities. There is no public transportation to the top of Mauna Kea, few restrooms, limited mobile phone services, no lodging, and no ski patrols.

The summit of Mauna Kea is more accessible than Mauna Loa, with observatory roads leading to the top. However, these roads are impassable in a significant snow event. If planning a ski day on Mauna Kea, pay attention to weather alerts.

Although it’s difficult to predict snow in Hawaii, the best time to visit Mauna Kea for winter activities is January through March.

While Maui may be experiencing a beautiful 80° on the beach, the East Maui volcano Mount Haleakalā is much less inviting. With temperatures dipping to 15° overnight, snow falling on this mountain can last for a few days. Skiers should know, however, that the mountainside is full of jagged rocks and obstacles, and the snow on Haleakalā is seldom more than a light dusting.

Significant snow events on Maui’s mountain peaks are far less likely than Big Island snow. However, there are still many reasons to visit Haleakalā. The beautiful Haleakalā National Park offers many activities for tourists, including waterfalls, beautiful tropical foliage, spectacular spots to view a Maui sunrise, and amazing zipline adventures.

Can You Ski in Hawaii?

The winter season lasts from October through April in the Aloha State, and seeing some Hawaiian snow is possible during this time. It seldom snows below 9,000 feet, so if you want to ski in Hawaii, you’ll need to head to one of the big mountains.

While skiing on Mauna Loa and Mauna Kea is possible, it’s essential to understand that these aren’t typical ski resorts. No lodges or restaurants exist, and medical care can be nearly an hour away. In addition, with no lifts and few easily accessible roads, a snowmobile or four-wheeler may be necessary to get to the summits. This equipment will likely be hard to find in such a sunny state!

Cell phone reception may be spotty in these areas. If you do find yourself in need of help, you may not be able to call for emergency services. Keep this in mind before you choose to venture out.

Special Considerations for Skiing in Hawaii

While anyone can take to the slopes for a bit of Hawaiian volcano skiing, there are a few things to keep in mind.

1. The mountains have no maintenance for skiing

Remember that the mountains are not maintained for skiing. You could be on snow one moment, then find yourself scraping along rocks and old lava deposits the next. Avoid taking new equipment to these mountains and remember to wear durable clothing and safety gear such as helmets and knee pads, even if you don’t regularly wear such equipment.

2. There are no active ski patrols

Skiing at verified resorts has many advantages, and one of the biggest is the presence of ski patrols on snowmobiles. Should something occur, you will need to contact someone for help.

Cell phone signals are spotty in most areas of the three mountains, so getting aid may be difficult. If you choose to ski, let someone know where you are going and what time you’ll be back- and stick to that time!

3. Accessibility is an issue

With no resort-style lifts, you will need to find your way back up the mountain to get your vehicle if you drive to the top. Some of the trails are more accessible with snowmobiles than vehicles. People frequently take turns skiing down the mountain and dropping others at the top so everyone can enjoy their trip.

4. The slopes aren’t for beginners

These mountains can have blizzards and white-out conditions, even though they are in beautiful, sunny Hawaii. Always check the weather before heading out to ski, and keep an eye out for rapid weather changes. Many local forecasts will provide mountain-specific forecasts due to tourism in the state. Even if the weather at your hotel is great, it may be less than ideal in the mountains.

So – does it snow in Hawaii?

While tourists visiting Hawaii pack sunscreen and bathing suits, it can be good idea to pack mittens and ski gear if you’re traveling to the Aloha State in the winter. The mountains of Hawaii have a lot to offer, including fantastic once-in-a-lifetime skiing and snowboarding opportunities for adventurous snow enthusiasts. 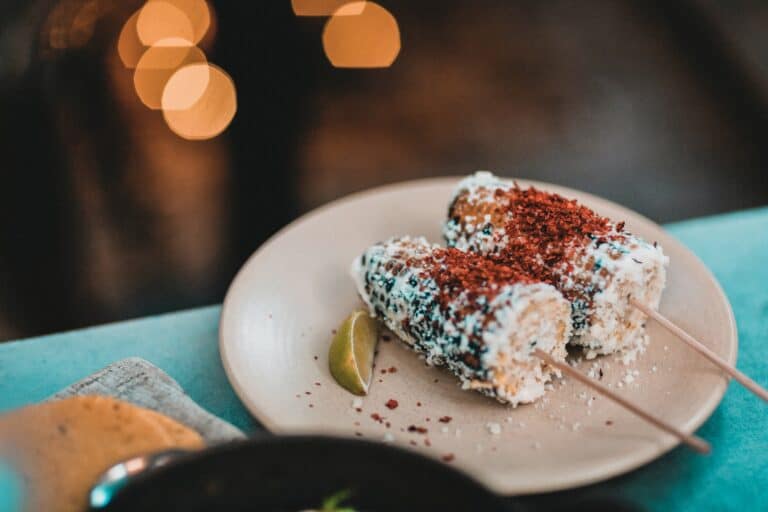