When you think of kangaroos, the first place that pops into your head is Australia. But what about New Zealand? Because New Zealand is close to Australia, is it safe to say there are kangaroos there as well? And are there wallabies in New Zealand?

Before we answer these questions, it would be a good idea to get some background information on the kangaroo and its close relative, the wallaby.

Does New Zealand have Kangaroos?

Kangaroos do not exist in the wild in New Zealand. There are a few in captivity or zoos. Tourists who claim they saw a kangaroo in the wild while on vacation in New Zealand are mistaken and have seen a wallaby.

So, if there are no kangaroos in New Zealand, yet enough claims of seeing them to warrant their name, what exactly is everyone seeing? That would, undoubtedly, be the wallaby.

Kangaroos and wallabies are not the same animals. They are “cousins” in the animal kingdom. Because of their similar appearance, confusion between the two is quite common.

You’ll see wallabies happily hopping around free if you visit Kawau Island, which is just a short boat trip from Auckland City.

While the two look very much alike, there are differences between them. The main difference between the two is their sizes. Kangaroos grow to be 3 to 8 feet tall! Wallabies generally do not get taller than 3 feet. Kangaroos weigh 40 to 200 pounds, while the smaller wallaby weighs between 20 and 30 pounds.

Kangaroos also have longer torsos. Their legs almost appear too short for their bodies. Wallabies, on the other hand, are more proportional in their appearance. Their legs seem to fit their short bodies better.

The color of the kangaroo’s fur is more uniform. They are usually gray or brown. Wallaby fur is more of a variegated color. Wallabies have two or even three shades of color in their fur. Since both animals carry their young in pouches, it’s easy to confuse them.

Kangaroos have a lifespan of about 20 years. Wallabies, however, have a life expectancy of 11 to 14 years.

Kangaroos thrive in a few different types of habitats. They live in forests, plains, woodlands, and savannas. Wallabies also live in different habitats and are generally named for where they live.

For example, there are rock wallabies, shrub wallabies, and brush wallabies. While both live in Australia, they don’t necessarily live in the same places.

Kangaroos do live together in captivity. You can see more than one type of kangaroo living in a zoo. In the wild, these animals do not cohabitate.

Australia is known for its wide open spaces, bush, and desert-like environment. New Zealand, on the other hand, has more green space. It has mountains, bush, and lakes—and a much colder, damper climate overall. New Zealand is a more lush type of environment. The difference in habitat explains why kangaroos like to stay in their native Australia and not venture to New Zealand.

Kangaroos are native to Australia. A survey completed in 2019 found over 42 million kangaroos lived in Australia. This only takes into account the regions of New South Wales, Queensland, South Australia, and Western Australia. The other regions don’t have a kangaroo harvest, so no verifiable numbers are available.

Wallabies were brought to New Zealand in 1883. Some went to zoos, some went to private collections, and some into the wild.

Wallabies in captivity then got loose and ran into the wild. Combine these with those already put into the wild, and the numbers started to grow.

When the wallabies started to breed, the numbers began to get out of control. Now many consider the wallaby to be a pest, especially the farmers of New Zealand.

Where did these unique Kangaroos come from?

There is a theory that at one time the Earth was one large continent called Gondwanaland. There was a split, 180 million years ago, and the continents became how we know them today. In this theory, the kangaroos were originally from what today is South America. However, during the continental split, they ended up on a section that broke off what we now call Australia.

Kangaroos have never been to other countries or continents for purposes other than having them in zoos or some form of captivity. They do not live in the wild in any other place other than Australia. This adds to their mystique.

There is more than one type of kangaroo, and they differentiate from each other by color. The three types are Red Kangaroos, Eastern Greys, and Western Greys.

Kangaroos are marsupials, meaning they carry their young in pouches. Marsupials are part of the scientific classification known as Macropodidae. Macropod means large foot, so we can see where that classification fits.

Red kangaroos are the largest of the kangaroos. They prefer living in the dry areas of Australia and enjoying the open plains. Red kangaroos can jump 6 feet high and reach a running speed of 43 mph.

Eastern Grey kangaroos are numerous. At the last tally done by the Australian government, there were over 16 million counted. The male eastern grey kangaroo can weigh up to 150 lbs and the female weighs up to 88 lbs.

Western Grey kangaroos live in the southwest part of Western Australia. This is due to the climate mostly. Females are called does, while the males are sometimes known as “stinkers”. Stinkers got their name because of their natural smell, which is similar to curry.

Kangaroos do have a few enemies in the animal kingdom. Dingoes, eagles, and humans are their biggest enemies. Other animals that eat the same diet will compete for the food, but the kangaroos are pretty adept at defending their territory. Some wild dogs will try to attack the joeys, but kangaroo moms fight them off as best they can.

Kangaroos and their young

Probably the most iconic picture from the world of animals is a mom kangaroo holding their baby in their pouch. Even kids’ stories have mom kanga and baby roo. Baby kangaroos are called joeys. It doesn’t matter if they are male or female, they are all joeys. At birth, they are one inch long!

When they are born, joeys travel through their mom’s fur to their pouch. They do this all on their own. Once there they are safe and mom can feed and take care of them. Joeys cannot suckle at birth. At one inch long, that would be a little difficult. So the mother kangaroo uses her muscles to put the milk down the joey’s throats to get them the nourishment they need.

Joeys grow quickly despite their small size, and before long, they’re too big to fit in mama’s pouch.

Below are some of the most frequently asked questions about kangaroos.

Have there ever been kangaroos in the United States?

In 2017, it was reported that 90 kangaroos were released into Yellowstone National Park in Wyoming. The type released was the antelopine kangaroo. The report stated that this was to see if this particular type of kangaroo could adapt to the habitat in Wyoming. It turns out that was an April Fool’s hoax played by a news source.

Could the wallaby and kangaroo breed?

It has been tried. Certain types of both animals were bred according to types and sizes to get the most positive result. The results were not what the scientists hoped for. The females were infertile.

Can kangaroos survive in cold temps?

Surprisingly, yes. They do eventually adapt to their environment. They will adapt where they build their houses so that they are in a more enclosed area surrounded by shrubs to keep them warm.

Could a human box a kangaroo?

While an adult male would have a height and weight advantage over a kangaroo, kangaroos have a secret weapon- claws. Kangaroos use these claws to box away predators and would certainly put them to use boxing a human.

As you can see in this video footage below of a man trying to protect his dog from a kangaroo, these animals get pretty big and are capable of inflicting serious damage to humans.

Are there kangaroos in New Zealand? No you won’t see a kangaroo in this country, unless they are in a zoo or some other type of confinement. The majority of sightings of kangaroos in New Zealand have, in fact, been wallabies. When the two are compared, it’s easy to see how the confusion happens. Wallabies at their full-size potential are about the size of a small kangaroo.

Because New Zealand and Australia are so close together, geographically, people assume that what one place has, the other has. 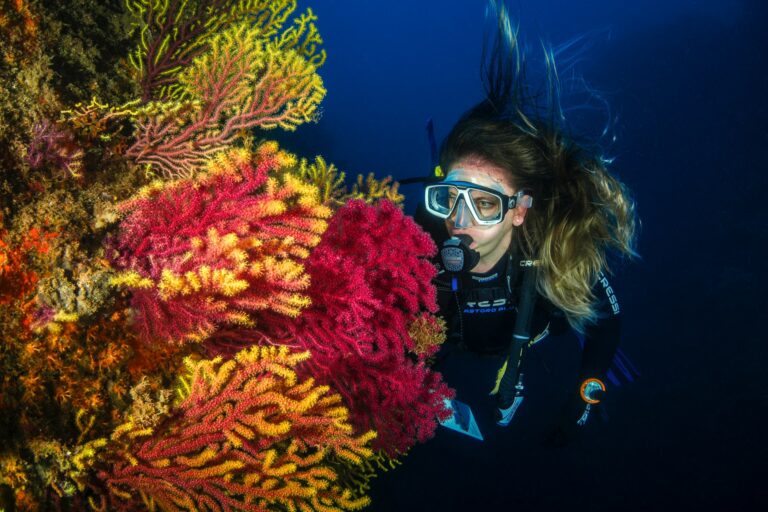